Robot on the rampage!
Artwork by Derek Jones

Robots and aliens rampage through the center of Cardiff so often that no one bats an eyelid. That’s what happens to a city when Doctor Who is filmed there. But this time, it wasn’t a Doctor Who shoot. This time the robot running amok was real!

Sci-fi author Tim Bailey feels responsible, and so he should: he accidentally set the robot loose. Aided by his younger brother, can he stop the robot before it causes devastation?

There is one thing Tim is absolutely clear about:

SOME ROBOTS SHOULD BE LEFT WELL ALONE…

Crank Tech One: Destruction by Colin R. Parsons is available in distinct North American and British editions, both of which are firmly set in Wales.

Sample the book for free here.

Wales and rest of UK: Paperback available from amazon.co.uk (published by Tallyberry Publishing) and Kindle eBook through amazon.co.uk

Only the international edition of this book is available in ePUB format, which you can obtain from Smashwords | Barnes & Noble | Sony | Kobo.

Special thanks for invaluable assistance in producing this book go to

9 thoughts on “Crank Tech One: Destruction” 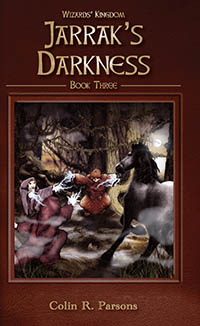